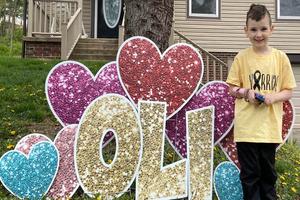 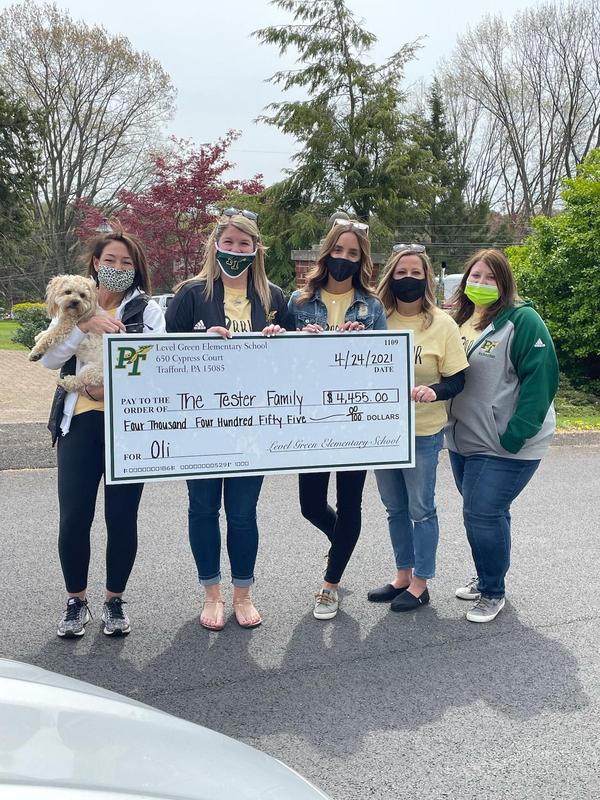 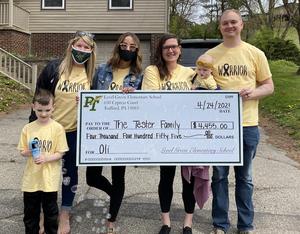 Oliver Tester’s teachers at Level Green Elementary School held a district-wide fundraiser to help Oliver’s family with medical expenses incurred after the kindergartener’s cancer diagnosis.  The fundraiser drew $4,455 in donations, and the teachers decided to lift Oli’s spirits with a parade past his house at which they would present the donation.


On Saturday, April 24, a line of cars stretching approximately 250 long assembled for the parade.  Some people traveled from Ohio and West Virginia to be a part of Oli’s parade.  After hearing of Oli’s fondness for cars, the Cochran Subaru of Monroeville dealership sent nine cars to join the parade - one was Oli’s favorite type of car, a WRX Subaru with his name spelled out in magnets.


At the end of the parade, buckets of donations and gifts were dropped off to the Tester family. Oliver was beaming from ear to ear with excitement from the parade. He was seen jumping up and down as the cars were passing his house.


“It was a really moving event and heartwarming to see so many people show up for Oli,” said his teacher Mrs. Shogan (who helped to organize the event).  “During the parade, people were stopping in front of his house and dropping off gifts for him. It was pretty amazing.”