Congratulations and best wishes to our retirees! (6-16-21) 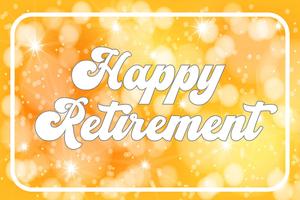 Each of these staff members had a direct and positive impact on the lives of many students while making a tremendous contribution to our community.

The Penn-Trafford School District congratulates the following personnel on their retirements.  Each of these staff members had a direct and positive impact on the lives of many students while making a tremendous contribution to our community.

Janna Belavic earned her education degree from Penn State and spent 24 years as an elementary teacher at Penn-Trafford.  She spent one year at Trafford Middle School and the remaining years at Level Green Elementary. Janna loved teaching first-grade and watching the dramatic growth in her students from the beginning to the end of each year.

Clare Donnelly fulfilled her childhood dreams by becoming a teacher and taught in the Penn-Trafford School District for 24 years.  She holds degrees and certifications from the University of Pittsburgh and St. Vincent College.  She notes how technology has made a profound impact on education and how the curriculum has become more rigorous over the years.  Mrs. Donnelly’s favorite memories include the day she got hired and the heartfelt notes and emails she has received from parents and former students to say thank you.

Beverly Formato spent 27 years as a member of the district’s administrative support staff, handling the website, PowerSchool, and state reporting among her many responsibilities.  Bev takes with her some incredible friendships with her co-workers and will enjoy an adventurous retirement of hiking and biking.

Jeanie Grupp served Penn-Trafford as a paraprofessional for 13 years, working at both McCullough and Penn Middle Schools.  Aside from the obvious changes due to COVID, Jeanie notes that security, curriculum, and technology have all changed dramatically during her tenure.  She found her job demanding and challenging, but it gave her immense pride and a sense of fulfillment, particularly when witnessing a student mastering a skill.

Deb Hajduk began working as a substitute custodian for Penn-Trafford before she became full-time in 1986.  She has worked at the High School, Admin building, Harrison Park, Penn Middle, and Level Green over her 35 years in the district.  She has seen many changes over the years, especially with technology, security and building remodels.   Her favorite memories at PT were watching the Steelers play at Warrior Field and watching the Warriors play at Heinz Field.

Brian Hyland left a career in insurance to pursue his lifelong dream of being a teacher.  After earning an education degree from Pitt, he joined the Penn-Trafford staff in 2007 as a Social Studies teacher at Penn Middle School.   In addition to teaching, Brian was on the girls’ basketball coaching staff for many years.  Brian was a thoughtful and caring teacher who will be missed.  He looks forward to spending more time with his grandchildren.

Shirlane Leonard joined the Penn-Trafford staff in 2005 as a paraprofessional and has worked at Sunrise Estates, Level Green, McCullough, and Penn Middle schools.  Over her tenure, she has seen a rising demand for paraprofessionals to support students in need.  She has enjoyed watching her students grow and change from elementary to high school and finds great reward in seeing them reach their full potential.

Aimee Markilinski always loved working with kids, so becoming a school nurse was a natural career choice.  She has worked at Penn Middle, Level Green, Sunrise, and both Trafford Middle and Elementary Schools since 1993.  She says that cell phones have really changed the role in the nurse’s office, and COVID-19 was a particular challenge.  Her favorite memories are from serving as the camp nurse at Deer Valley.

Kathleen Naugle applied for a custodian position in 2004 while her kids attended PT schools.  During her 17 years with the district, she worked at Trafford Elementary, McCullough, and Harrison Park schools.  She really cherished her time at Harrison Park and made many friendships there.

Joan Spehar retires after 21 years of service as a Paraprofessional/PCA  for PT.  She holds the distinction of being the district’s very first paraprofessional.  She worked at Harrison Park, Sunrise Estates, Trafford Middle, Penn-Trafford High School, and McCullough schools.  Sandy found it a pleasure to work with special needs children and make a difference in their lives.

John Susich spent two years as a custodian at Penn Middle School.  He enjoyed his time at PT and the kindness shown by all the staff, but he leaves to enjoy two of his favorite pastimes - spending time with his grandson and golfing.

Sandy Szmyd became a Paraprofessional/PCA for PT in 2009 after her own children were grown.  Over the years, she worked at Sunrise Estates, McCullough, and Level Green schools.  Sandy will always remember the smiles on her students’ faces as they accomplished a task or achieved a goal.  She comments that in the life skills classroom, every day is a new adventure and they always tried to find something positive in every success or failure.