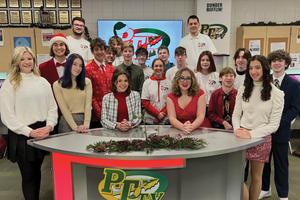 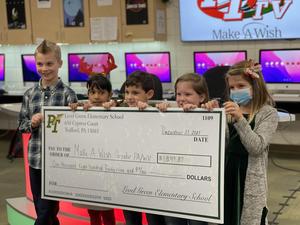 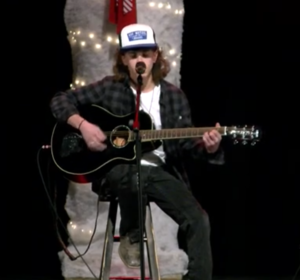 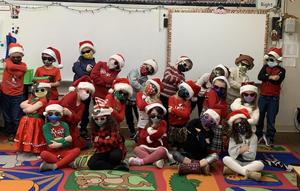 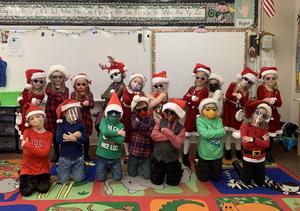 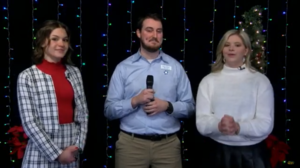 The students and staff of the Penn-Trafford School District pulled together in what has become an annual event – the “Wishes for Warriors” Telethon.  The 2021 telethon took place on Tuesday, December 21.  For a solid four hours (9 am – 1 pm), the high school’s television production classes and teacher Steve Vinton produced a live broadcast that featured musical performances, studio guests, news, student-produced commercials, and creative videos.

Although the broadcast was limited to four hours, the preparation started many months prior.  Schools and organizations within the district took the initiative to fundraise on behalf of Make-A-Wish, and many were on hand to present their “big check” at the live broadcast.  In total, the district raised $72,329 – enough to grant 16 wishes to children with critical illnesses.  According to Make-A-Wish, research shows children who have wishes granted build the physical and emotional strength needed to fight a critical illness. This can improve their quality of life and produce better health outcomes.