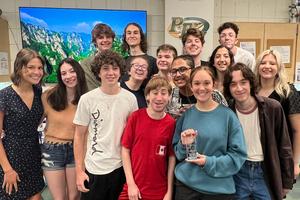 (5-23-22) Congratulations to Mr. Vinton and the Television Production students!

Music Video - “When We Were Young”

Light News - “Marathon with a Misson” The PTTV “Wake Up Warriors” crew